Westworld & the Surprising Engagement in the Sci-fi Mystery Genre

Cultural phenomena are often really fun to peep as they crest their wave of popularity. Approaching any medium that’s got the hive buzzing gets me curious.  “Why is seemingly everyone raving about this show?”

As I try and peep whatever it is that’s got folks chirping, I try and hit it whilst it’s still on the bubble and mega relevant. It stimulates such fascinating discussions among my friends, family, and homies online. These huge cultural media splashes are one of the reasons why I believe that episodic viewing is usually better than binge watching.

And as you homies already know, HBO is phenomenal at creating these phenomena! With West World premiering about a month ago, I was pretty intrigued to hear such positive reception pretty much immediately.

As expected, the show really stands alongside other HBO shows in its production value. The acting, the violence, nudity, and gore are all exquisitely crafted. The cinematography is beautifully visceral, and I’m thoroughly enjoying the western scenery juxtaposed with the cold, industrial HQ. 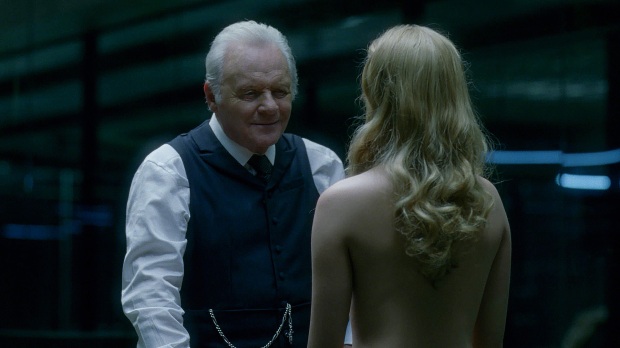 One particularly note-worthy element to the show is a piece of praise that I never specifically call out as it’s never a huge focus in television, but the editing in this show is phenomenal. The show edits together very similar scenes and even borderline identical actions for the audience to view repeatedly, yet due to very minor truncations in the length of the shot or the amount of cuts it displays for the same scene, we get a different feeling.

The thing that makes this particular show so compelling for me, however, is the relatively unusual blend of science fiction and the romanticized Western setting. I gotta admit, from the first 4 episodes, I’m surprised just how engaging this complex genre is unraveling in front of our collective eyes.

**The Genre of Blending Mystery, Psychology, and Sci-Fi**

As of yet, the actual calendar year has yet to be revealed. Due to the high functionality of the android tech, I’m assuming we’re at least 20ish years into the future. This is the type of show that sustains itself on questions. The driving premise is that of a mystery, and an overarching one that’s grounded in science-fiction, the concept of sentience, and human cognition. I don’t know if I’ve watched a long-term mystery before that seems to have its setting and general concept generate more questions than the plot itself.

There are so many questions that arise constantly. What’s the relative science like for these androids? How are they molded? How many humans are supervising the human guests at all times? Are these androids learning? Are they organic in some way? Do they remember?

Questions on questions arise, and it’s so proving very worthwhile to me to be engaged with this show. Each piece of dialogue has the potential to reveal some new hint or substantial evidence that informs my understanding of the universe. Each new element seems to fill in some gaps, but at the same time has the potential to generate even more questions.

Suspension of Disbelief is important for some shows, but this particular hard sci-fi show seems to task me as a viewer in interesting ways. I have faith that my more complex questions will begin to unravel more, but I also acknowledge that I have to be generous in the fact that it’s just a show.

It’s relatively easy to give leeway to some elements of the science in the show, but there continue to be questions it raises about psychology, human nature, learning, and gestures. It’s so fascinating seeing the engineers adjust aggression, peer into their language, explore the analysis, and in general the design focus in the show is really quite engaging. 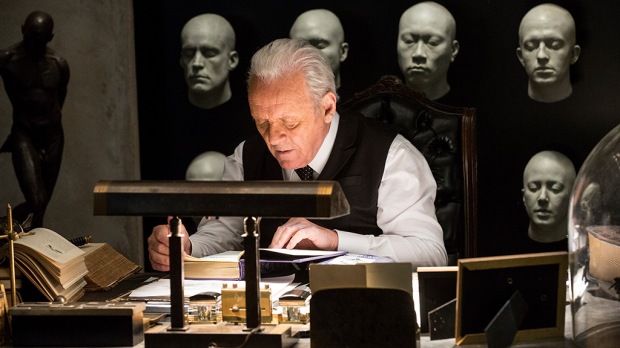 Most scenes in the HQ target themes of design, engineering, and troubleshooting the complexities of Westworld.

**Sustaining a Mystery for an Entire Series**

As I’ve passed the 4th episode, some worries about the show’s longevity have come into play. The more questions that get answered about the logistics of the show (like how there is human supervision via the 3D map, and how they actually greenlight particular effects like “fire” for players), the more questions it generates.

There are a couple of over-arching questions being drawn out: What is the maze? How much sentience do the androids have? Where does the founder want to take his park? 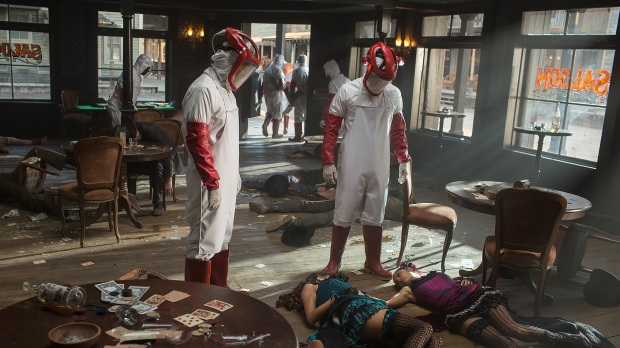 As the show continues, more logistics into the functionality of Westworld are revealed. More puzzle pieces are presented. Question is: will each puzzle piece fit snuggly into the big-picture jigsaw?

I’m sure in due time many of these will be answered. I’m just curious if the show can upkeep its level of engagement, follow-through with a scientific presentation that somehow remains consistent over the course of 1, 2, or even more seasons, and I wonder how far this concept of West World can go. After all, Prison Break lasted like 4 seasons once they finally broke out of the prison.

Maybe West World can be a more intriguing look into the human condition, the atrocities it humankind seems drawn to, and an advocacy or caution towards a future of sci-fi indulgence. Seems like as of now, the show is full-speed ahead and not interested in pulling any punches.

Comments and Questions? Hit us up below!

← Gears of War – “Zen and the Art of the Active Reload”
Homie Bites: Difficulty Modes and Framing Language in Games →