As a continuation of the focus on sidestepping influence from online voices whilst still personally identifying one’s own opinion, this article will be tackling the highly-hyped yet controversial DC flick Suicide Squad. Unlike the first Part where I discuss Batman vs. Superman, I actually found the merits of the film to be elevated above what online commentary indicated. In short, it provided a much more enjoyable ride than BvS.

Surprisingly, I had even lower hopes for Suicide Squad.  Despite some excellently crafted trailers that imparted the giddy tone of the film, optimally-timed music to pack an aural punch, and two promising performances in Harley and the Joker, the internet’s blood boiled towards this film. Hatred spewed about the flick from critics and fans alike, and the negativity was unfortunately dense.

Coming off the mess of BvS, Suicide Squad was in the crosshairs of film-fans from the very start. Polarizing promo materials didn’t help to assuage the hate.

Even after being bitten by BvS, I still didn’t trust the reception completely, but found myself less able to award attention to the controversial flick. More than anything, the negativity made me feel apathetic. Uncaring if the film was a success or not, my only really interested was invested in a single character — the Joker.

My main experience of excellent depictions of these Suicide Squad characters came from the Rocksteady games. Hamill’s Joker is top-of-the-lass in voice acting, and his character motivations were excellent in both Arkham City and Knight. Deadshot was fascinating in City, but effectively had no personalization. Harley was mostly shrill and annoying in Knight, to be honest, but her physical performance by Margot Robbie was looking to be solid.

So I went into the film with mostly expectations that it would blow….and damnit if that pessimistic mindset doesn’t often lead to very tempered expectations. Unlike BvS it was actually better than my ground-level expectations. Hell, it’s definitely a solid little ensemble picture.

Unlike 3/5ths of the Avengers, this group of characters did NOT have an entire feature film dedicated to their exposition. In fact, there’s an inherent challenge in conducting an ensemble movie with essentially C-list characters. Aside from the Joker and maybe Harley, ain’t nobody really knowing these fools. Who’s Deadshot? Amanda Waller, Croc, Rick Flag, el Diablo?  I reckon most non-comic fans may be exposed to these cats for the very first time in SS.

Ensemble pictures have their challenges inherently… especially if it’s the first introduction to each character. Each character’s intro ends up fighting over screen time and expanding the pace in complex ways.

I’m not surprised that we’re getting twenty minutes of backstory exposition, but even with that, at five minutes per character, there’s a sparseness of backstory that really couldn’t be remedied beyond an extra hour of more vignettes, or the whole “everybody gets a movie!” Marvel route. Certain, high-profile characters earn competent backstories early, some flesh them out during the story, and a few others appear as more mysterious.

Unlike the almost “unaware of its silliness” BvS, Suicide Squad at least has the know-how to frame the wackiness of a cop-led villain force in-universe. Multiple characters specifically call-out Waller’s idea that an all-villain crew is a good idea. This argument is repeatedly squashed with staggering displays of power, or an assumed trump card over the villains. It’s nice to see an in-universe acknowledgement of the risk of the SS.

However, similarly to the BvS plot problems, it turns out the main conflict is when one of the SS turns evil-er than expected. This isn’t bad, per se, and I’m not sure if I’d have preferred this over some outside evil being the main goal. Nonetheless, the plot isn’t exactly where the story shines. As a character movie, it shines around the characters, the interactions between them, the costuming, and the action.

The costume design deserves a great deal of praise. For a film concentrating on character presentation, hitting this note serves the film greatly.

I’ll go ahead and say it: I thought the Joker was probably the best part of the movie. Leto’s scenes roared with effort in expressing the modern motif of this Joker. It seemed like every second of screentime Leto had he tried desperately to demonstrate what this Joker was about. Flipping between stone-faced to circus on a dime, constantly performing and sizing people up, and always thirsty for Harley, this modern-day Joker appeared as an attention-needing gangster sociopath. As a modern master criminal, this display of acting off others’ reactions revealed an understanding of how to push people’s buttons to frighten or intimidate them into compliance, or demand their unwavering attention (just as I assume most audience members would be hard-pressed to call his Joker “boring”). This is substantiated by his extreme aesthetic, incredible costume changes (his outfits are the dopest), and tattoos which he uses to further exaggerate his expressions.

In many ways, his infatuation with Harley made sense as she was his attention-hungry honey-boo. Every phrase out of her mouth was likewise calculated to appear as kooky as possible. These particular traits of both Harley and the Joker had the internet oft labeling their performances as “tryhard” or “too edgy”, but that appears to be their entire essence in SS, and for me, it really worked. Each only drops the veil and acts of their own volition once, rather than this need to act out against human observers. Once when the Joker jumps into the acid after Harley, almost begrudgingly. Then once when Harley inquires of Deadshot, “do you believe in love?”.

With tremendous pressure to follow in Ledger’s footsteps, Leto’s 15 minutes of screentime display a confident, deranged, and dynamic Joker. While extremely polarizing, his performance was the best of the whole film for me.

Despite tremendous pressure to do these characters “right”, I think they both succeed more than any others in the film. The Joker was placed into a nearly no-win situation with fans with his limited screentime and especially coming after Ledger’s celebrated portrayal. On the other hand, Harley’s performance could have easily teetered towards annoying, insufferable, or malicious, but she’s likeable and even endearing throughout.

Other characters like Deadshot and the Witch do a decent enough job. Mr. Shot has two impressive moments on screen. The first demonstrates what Waller is buying, and feels reminiscent of Will Smith’s Men in Black firing range scene. His other dope scene is the first real action scene of the movie, and he showcases exactly how much fun Deadshot would have in a zombie apocalypse as he effortlessly takes out drove after drove of rushing enemies.

The Witch has little backstory or relevancy, but in the final battle I thought her twitching, multi-dimensional appearance was fairly well done. I also appreciate the Witch as a villain who doesn’t merely use strength to conquer her foes (like what most villains resort to), but rather attempts to influence via visions (Harley’s vision is picture perfect), like a Witch would do.

Additionally, Flag’s interaction with the Witch sets up a second romance beyond J+H, and Waller’s stone cold no-nonsense attitude is mostly agreeable. El Diablo has some interesting elements too as he’s given exposition midway through the movie. Unfortunately, the Croc feels like filler, and I have very little sense as to what the Aussie is even about (outside of his actor being Varro from the excellent Spartacus: Blood and Sand).

While not a knock-out film, it’s very fascinating to me how much more resentment this film has garnered. I suspect this has much to do with the fans’ investment in the characters, and difficulty identifying the challenge in an ensemble flick, but it’s puzzling nonetheless. Reviews understandably sway any discourse around a flick, but so much of the influence of this particular movie seemed to flow directly from the critiques of BvS.

It’s never an easy conception to identify why things don’t feel right, or articulate why the shit you just watched straight up sucked. It’s also not an easy practice to identify critiques for media without sounding jaded, or to support your opinion in the best way you can. 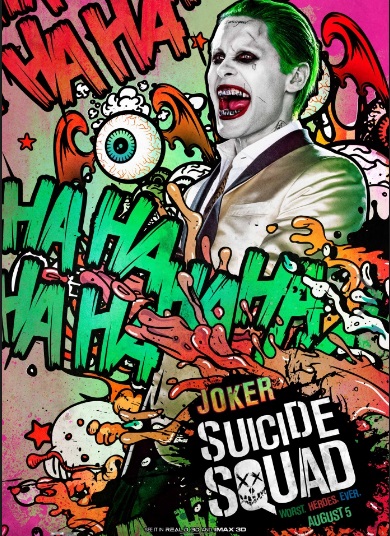 How much of the beef around Suicide Squad came from BvS poor reception? How much of it was derived from promotional material? From Leto’s look? From poor reviews?

Just like in Part 1 of this analysis, I end with a small advocacy towards those engaging fully with the content they consume: find your opinion, and articulate how you formed it. Don’t subscribe to an initially-formed narrative and find evidence, but instead, be comfortable analyzing different sections of the film/game/music for their own merits. Maybe, just maybe, you’ll find that this particular content has something that really speaks to you — even if it’s just one thing — and it’s better than just about any other film doing that one thing.

Criticizing films is oft too hard cuz we all come at films with different prior experience and knowledge. Huge D.C. universe fans might love BvS, but hate SS for messing up a small detail. We see this happen in film adaptations all the time as fans of the book frequently struggle to analyze the story from within a new medium. Similarly, it’s hard not to be tainted by user reviews, critic reviews, and the miniscule details exaggerated to extreme faults. Sometimes, the forum chanting is on-point when it articulates some non-ignorable issues (BvS), and sometimes it feels the chanting is making a mountain out of a molehill (SS).

All of the Suicide Squad photos sourced directly from the gallery at WarnerBros.

Did you like Suicide Squad? Did the hype affect you? How about the critical response? Leto’s outfits though, am I right? Holler at us with thoughts!

← Staying Neutral in a World of Hate: Analyzing Media Sans Bias – Part 1: Batman vs. Superman
Field of View in Titanfall 2 – A New View on Console Gaming →