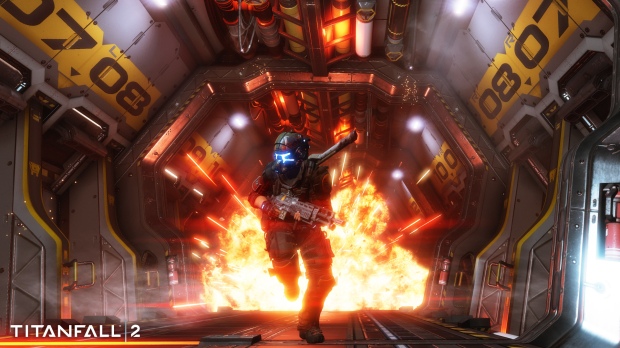 Titanfall 2 has been out for over a month and scratching itches I didn’t even know I had. While I haven’t put out my final review of game, I’ve got some background context around what made Titanfall 1 so delightful.

Amazingly, Titanfall 2 has already put out its first title/balance update. Perhaps the most amazing component of the entire update is a dedication to customization that’s evidenced in their aiming adjustments and especially in the Field of View (FOV) slider.

PC gaming has had FOV sliders for years, but this is the first console title that I’ve been conscious of that has had a FOV slider added.

Field of View is, at its most simple, the amount of degrees that you can see from your point of view. The human eye naturally has an almost 180-degree FOV, with about 114 degrees of both eyes overlapping, and 60/70 degrees of one eye accounting for peripheral vision.

To understand the complex science of FOV, peep this video by FZDSchool.

Field of View in Games

Console games tend to have a FOV around 70. This is fairly low, but is done for performance reasons (less modeling of the environment on screen) and because FOV makes things seem up close (an important factor when gaming from ten feet away from the TV).

Take a look at the difference in feeling and visual perception below (gifs created and edited from this source).

For gaming, a higher FOV :

For gaming, a lower FOV:

Titanfall 2 FOV and why it works so well

Titanfall 2 is the first console game I’ve seen that actually cared to allow users to customize their view and gaming experience in this way. It makes a HUGE difference and it’s actually it’s pivotal for a game so reliant upon sense of speed, player observation, and aiming.

One large potential issue I had with TF2’s beta was the change from demanding visual acquity to enemy visibility assistance with the addition of a stark red outline to enemy pilots and titans. While first off-putting, the more and more I played and realized the fun of the game was in responding to threats as opposed to straining to identify them, the more I viewed this change as a positive design.

With the addition of the FOV slider and ability to play at 110 FOV, spotting pilots on my periphery, aiming, and my sense of speed have been tailored to maximize the strengths of Titanfall and minimize the FPS struggle.

The FOV in Titanfall came in a Title Update, increasing customization from the default 70 all the way up to 110. Lemme tell you, 110 feels slick.

That is to say, Titanfall 2 has become faster, more responsive, enemies are still easy to spot, and the game has crafted yet another design advocacy in its desire for player customization.

Gameplay Design Worth Advocating For: